Willem was convinced by friends to try a yoga class about 10 years ago and after that first class from Claas, he developed a passion for yoga. From the moment he was asked to do a handstand in class it was clear to Willem that Iyengar yoga was the style of yoga that suited him best! Even now it is still the practice of inversions and arm balances that drives him to share his love of yoga with others.

Willem regularly follows classes by Nanda, Claas & Hiske as well as assists at the ‘special needs’ classes. He obtained his Introductory Certificate in june 2016. 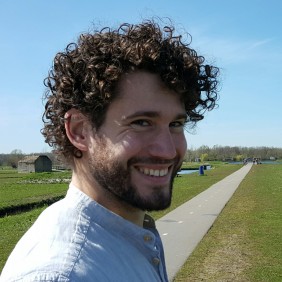