As I’m sure you all have noticed, we moved to our new location at the ASW 227. We were so glad with all the help we got during the move, which made for a smooth transition: 10.30 the class at Minrebroederstraat finished, and our loyal Friday morning crew helped assemble all the stuff from the basement in the yogaroom before setting off for a farewell coffee at Brandmeesters. And not even 5 hours later, all the stuff resurfaced at the ASW, and the first students for the Restorative class were coming in.

After the Level 3 class we gathered for drinks and socializing. It was truly heartwarming to see the space being used as we intended it: a yoga space. It seems to work quite well. We are still sorting out the little things of course, but so far we are very happy!

In the side bar, you see some pictures of the move and the little gathering. Come by soon to see the space live, we love to show you around! And of course we will invite you to the ‘real’ opening party… just keep an eye out for the newsletters! 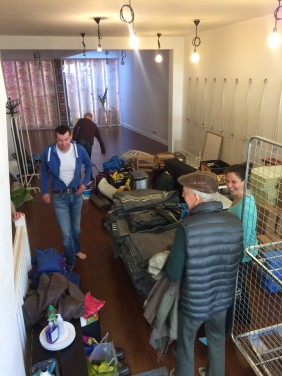 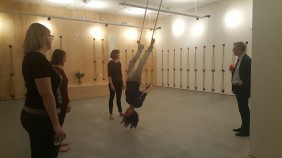 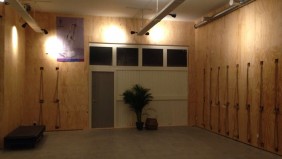 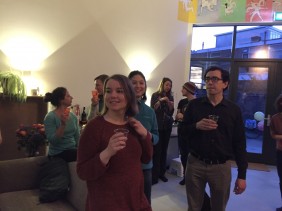 We’ve been working hard (and still are!) to get the Amsterdamsestraatweg ready for yoga, but it’s very nearly done! We are moving on Friday 24 March, between the morning and afternoon classes. So:

You’re welcome to join us for a small drink after the Friday evening class. A ‘real’ party will happen later, at the end of April/beginning of May.

From Saturday 25 March, all classes are at the Amsterdamsestraatweg.

Aparigraha – blog from Tally in India

Waking up one morning in Rishikesh, India to the news that the local government is taking out the two highest currency bills out of the system, the 500 & 1000 INR (Indian Rupees). With no prior announcement, as of this day, there is no use of these bills. The old bills could be exchanged in the bank within the following two months, new bills can be withdrawn from ATM’s, but for the immediate coming weeks there will be a withdrawal limit of 2000 INR per day (= less than EUR 30).

Life in India is cheaper than Europe, the average costs per day here in Rishikesh (for a foreigner) can vary between 600-2000 Rupees, including a modest room, meals and essentials. So even if you are living the most modest life, it means going to the ATM every 2-3 days.

The reason for this act is to stop fraud, money laundering etc. In this way, if one had saved at home ‘black’ money, there would be no way to exchange and no one will accept it.

One can imagine the long lines at the banks and ATM’s since that morning. Hours of standing waiting in line, many times leaving with empty wallets as there is limited amount of bills available, banks are closing, ATM’s are empty. Try again tomorrow. For more than a week now, still no change, people trying their luck every day to get some money to be able to pay there daily living.

Inevitably one will not spend money on unnecessary products and services while spending so much energy on acquiring enough money to survive, hence, a practice of Aparigraha.

Aparigraha – the fifth of the Yamas of Patanjali’s yoga sutras (II,39):

the translation/interpretation of the sutra by BKS Iyengar:

Aparigraha is defined as without possessions, without belongings, non-acceptance of gifts.

We are so used in our modern life to buy more, to eat more, to accumulate things that many times after we get them they remain somewhere in our closets and stay there with no use. Why is that? Because we can, because it’s cheap, accessible, and many times because the manufactures tells us that we need it. Need- do we really ‘need‘ it? Or do we ‘want’ it? Do we really ‘want’ it? Or are we told that we ‘want’/'need’ it. A very well known marketing strategy is to make the consumer think that by buying/using their product or service, it will give an answer or solution to a problem. But does it really….?

Many visitors of India now, if they are following the path of yoga or not are all practicing Aparigraha, and learning some valuable lessons. Interesting times. 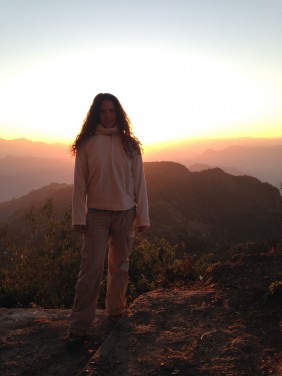 As you may have noticed already, Tally is away in November and December. She is practicing with Usha Devi in Rishikesh at Patanjala yoga Kendra. She will be back in January, refreshed and inspired! Classes go on as usual with Nadia & Joelle. Note that for the Thursday morning early self-practice from 7am Nadia will be at studio during November but we have to cancel it in December.

You can see Usha in the video on the right, as a student explains how to eat Swiss chocolate Iyengar style, and another about the place where Tally studies.

Well, it might take some time, but in 2017 we will be moving to a new location: the Amsterdamsestraatweg (we like to shorten this to ASW).

As you can see in the video, we’ve found a place with tons of potential… it just needs to be manifested! So don’t worry, we are not leaving our beloved Minrebroederstraat right away, and we’ll all have some time to get used to the idea. But we want to keep you informed of our plans, and we’d love your input. If you have helpful ideas about creating  an Iyengar yoga space, let us know via email or just talk to us in the studio

(Note: we won’t be opening a spa/wellness centre or café… we like to stay with our strengths.)

Always wanted to start yoga but didn’t know where to start? Now you can join a Beginners Course! Tuesdays at 20.30… send your friends! 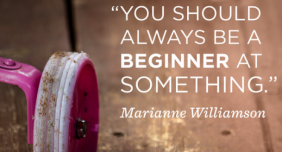 Early Birds, set your alarms and join the Monday morning Early Bird class from 1 September. Willem teaches from 7.30-8.45. Make the most out of your week! 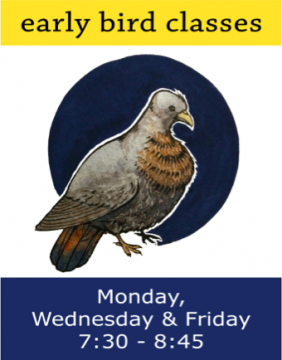 We are sad to announce that starting July, Nanda will not be teaching the Tuesday evening classes anymore. We will miss her! She is very busy with the courses and trainings she teaches and has other obligations too, so we’ll have to miss her! But you’ll still be able to see her from September onwards:

If you miss Nanda already, watch this video with her!
Or read the interview on page 11-12 of the IYVN newsletter. 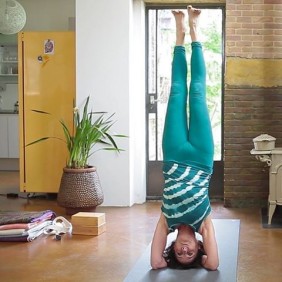