Is yoga actually useful these days? 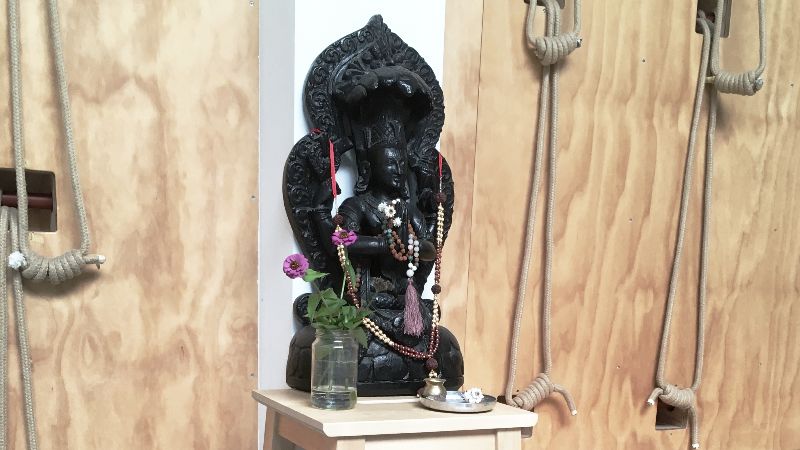 A small lesson in yoga philosophy

One of the underlying principles in yoga philosophy is Karma.. Contrary to popular culture’s belief, Karma is not a bitch, or a revenge-happy nemesis who comes to give crooks what they deserve. Karma comes from the Sanskrit Kṛ, which means “to do” or “to act”. And the principle of Karma is simply that every action has a reaction. If you took physics in high school, this may sound familiar to you from Newton’s third law (Faction = −Freaction)..

Now yoga is not physics. Yoga is about seeking less mental disturbance.. Less noise. That’s what you try to learn in your practice. You might wonder: why is physical practice so central to Iyengar yoga? In short: the less your body burdens you, the less your mind is disturbed by thoughts of aches and injuries. By getting to know your body and moving it and keeping it healthy, you automatically get less noise. Moreover, in the physical practice you always encounter ‘yourself’ – your mind – as in a meditation in action.. So, there is no clear distinction between physical and mental practice.

Back to Karma again. You can imagine that actions keep triggering reactions, and then you get stuck in an endless series of action->reaction=action->reaction=action->reaction (and so on). Patañjali, the author of the Yoga Sūtras, says (in Sūtra IV.7-IV.8, if you want to look it up yourself) that every action leaves latent impressions in our consciousness, which will become the source for new actions. Like seeds that you sow, which can sometimes lie for years waiting for the right conditions to germinate… but germinate they will, eventually.

So Patañjali calls on us to choose actions that elicit as few reactions as possible.. In Sūtra IV.7 he says that the true yogi acts ‘colorless’, leaving no trace. But the actions of mere mortals are colored. They can be black, bad, or useless acts, with bad, useless consequences as well. Or white, good, useful actions, with positive consequences. And the third option is mixed: black and white mingled together. You guessed it, with mixed consequences. The colorless actions of the advanced practitioner have little or no effect. But even the less advanced practitioner can at least start opting for actions with positive consequences.

You can apply this principle on the yoga mat.. Or even before you step on the mat.Because if you know that every action has consequences, you also know that the action of not-doing-yoga has consequences: you feel less good than you would have done if you had done yoga. And with each āsana you can ask yourself: how can I ensure that the consequences of my actions are as positive as possible? Then you can decide to sometimes do something that you find unpleasant or difficult, because you know that the consequences will ultimately be positive. And sometimes not doing something that you would like to do, because you know that in the long run you will benefit more from taking a step back for a while. Realizing that all your actions have consequences forces you to think and refine your actions.Skillful action, that’s called in the Bhagavad Gīta.

You can use this framework also outsite the context of yoga to help you decide whether to act or not-act. How that should be expressed in today’s society is up to you.